The Assent of Polar Sun Spire

Martin Fickweiler is a man with a passion for extreme rock climbing. He is focused on exploration and first ascents, putting up new routes on unclimbed and uncharted areas in the Sahara, Amazon and the Arctic; these places have been the sceneries for his quest for adventure.

In 2006, two weeks before he was due to depart his friend and climbing companion Hans Copier tragically committed suicide. To honour his friend, Martin was determined to place some of his friend’s cremated ashes at the summit of an unclimbed and unnamed peak, a place of true rest. Battling against bad weather and personal hardship, Martin’s dream was cut short and Hans ashes were placed only half way up resting on a precarious edge.

Then in 2007, Martin and a new companion Niels van Veen will return to fulfil what Martin set out to do one year ago and place the ashes of Hans Copier on top of the peak hopefully to be named ‘Copier Pinnacle’.

‘Uncharted Ends’ follows the build up, the departure and eventual success of one mans quest…

An amazing story set in a stunning location – a place where until now no human had even left a foot print and now it’s a resting place for one mans’ soul.

This film was shown as the lead film for the 2007 European Outdoor Film Tour. 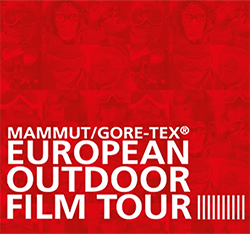